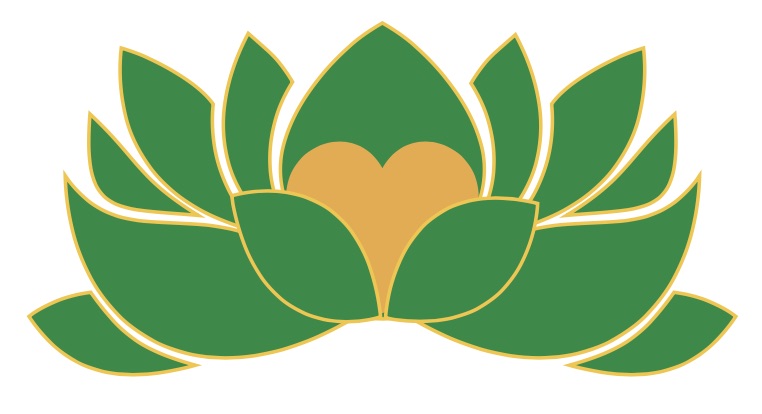 A Small Oasis of Shelter, hosted by Grace Wells

Grace's third collection of poems The Church of the Love of the World takes its title from Gobnait's chapel on Inis Oirr, Kill Ghra an Domhain. In this meditative and moving book, Grace deepens into eco-poetics to explore the fragile space we all experience now as we live our lives between wonder at the natural world's beauty and grief at its destruction. A deeply poignant book that builds on Grace's earlier themes and explorations.

To purchase The Church of the Love of the World, press here. 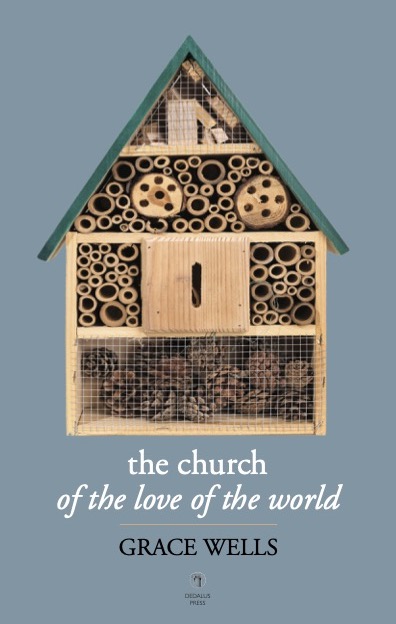 Grace Wells' second collection of poems, 'Fur' was published by Dedalus Press in 2015. 'Fur' is a sustained meditation on our relationship with nature, with the flora and especially the fauna with which we share "this astonishing world". The poems of 'Fur' do not see the animal world as other, we encounters animals as themselves, and as symbols of power.

In 'Poetry Ireland Review' Joseph Woods lauded 'Fur'  as a book that 'expands the possibilities of poetry'.

The poem 'Otter', which features within the collection, was Highly Commended by the Forward Prize.

You can purchase 'Fur' from Dedalus Press by pressing Here. 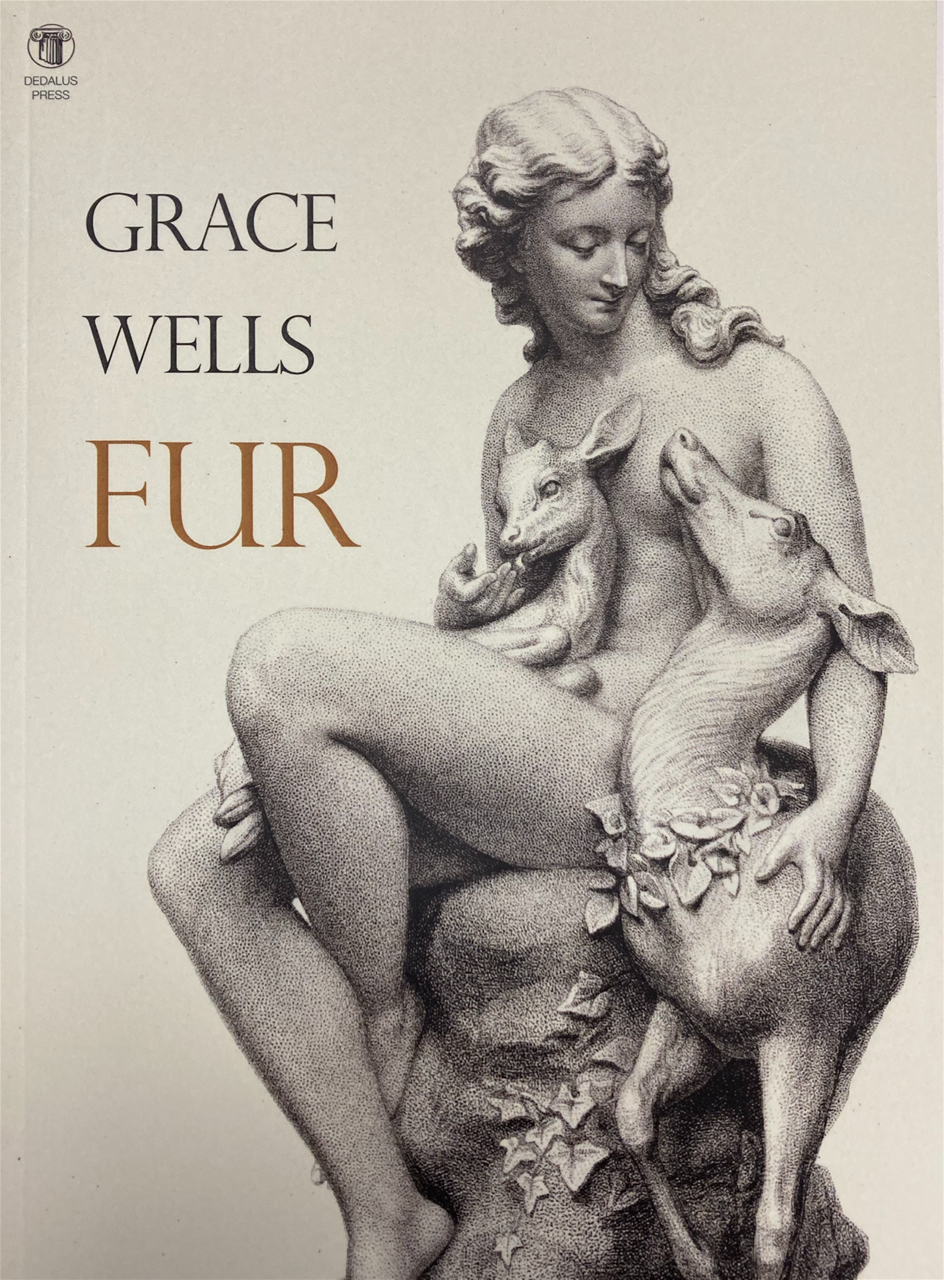 'Fur' is available from Dedalus Press

Grace Wells' debut collection of poetry, 'When God Has Been Called Away to Greater Things' was published by the Dedalus Press in 2010. It won the 2011 Rupert and Eithne Strong Best First Collection Award, and was shortlisted for the London Festival Fringe Debut collection Award.

When God Has Been Called Away to Greater Things can be purchased from Dedalus Press by pressing Here.

Grace's poetry has been translated into Italian by Chiara De Luca, and published by Kolibris Edizioni.

Her work has also been translated into Galician by Maria Reimondez, published by Malinche Books, in Vigo, Spain. 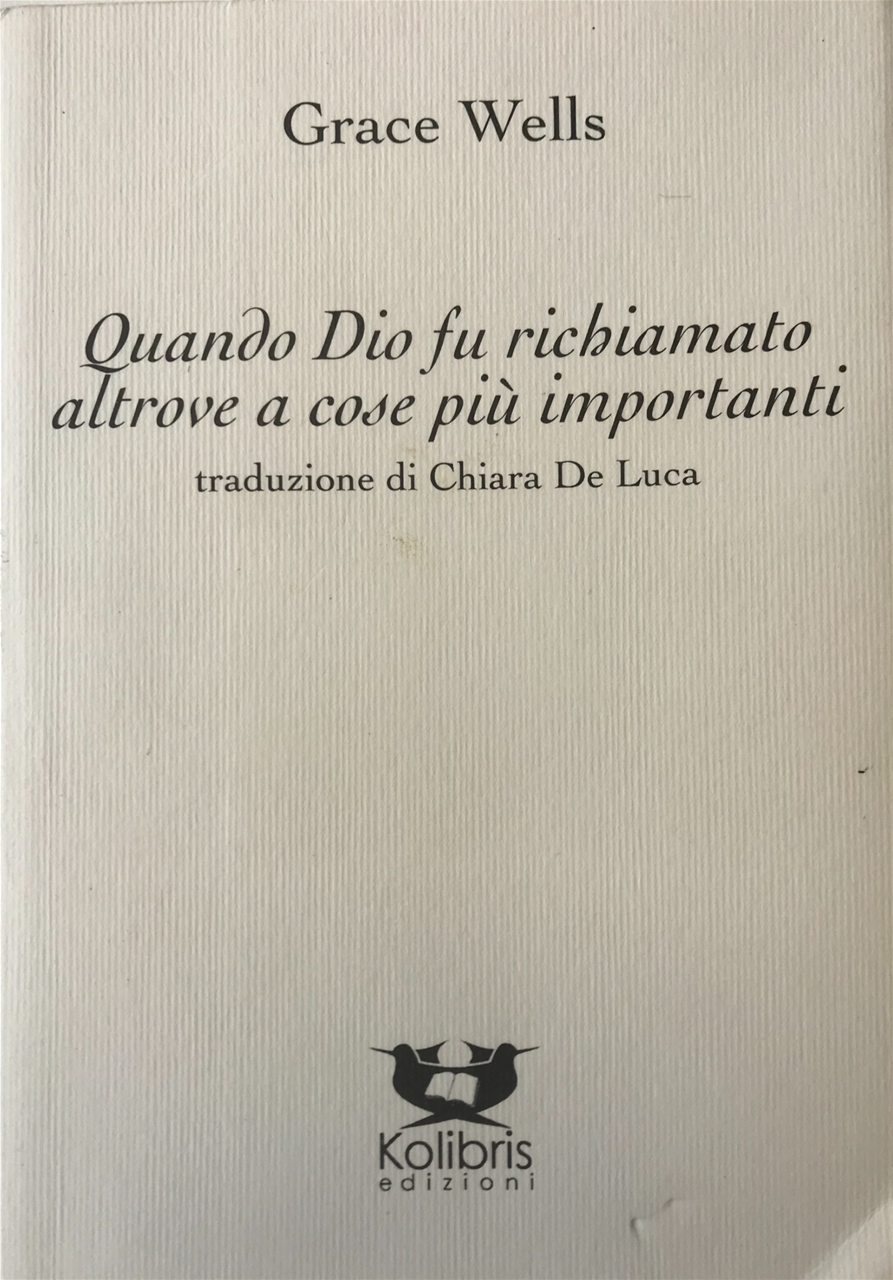 Her essay 'Culture and Nature, the Roots of Eco-Poetics', can be found in the inter-disciplinary journal 'The Ethics and Aesthetics of Eco-Caring: Contemporary Debates on Ecofeminism(s).' Published by Routledge and available Here.

Other essays, environmental memoir, and poetry can be found in Grace's Archive Here. 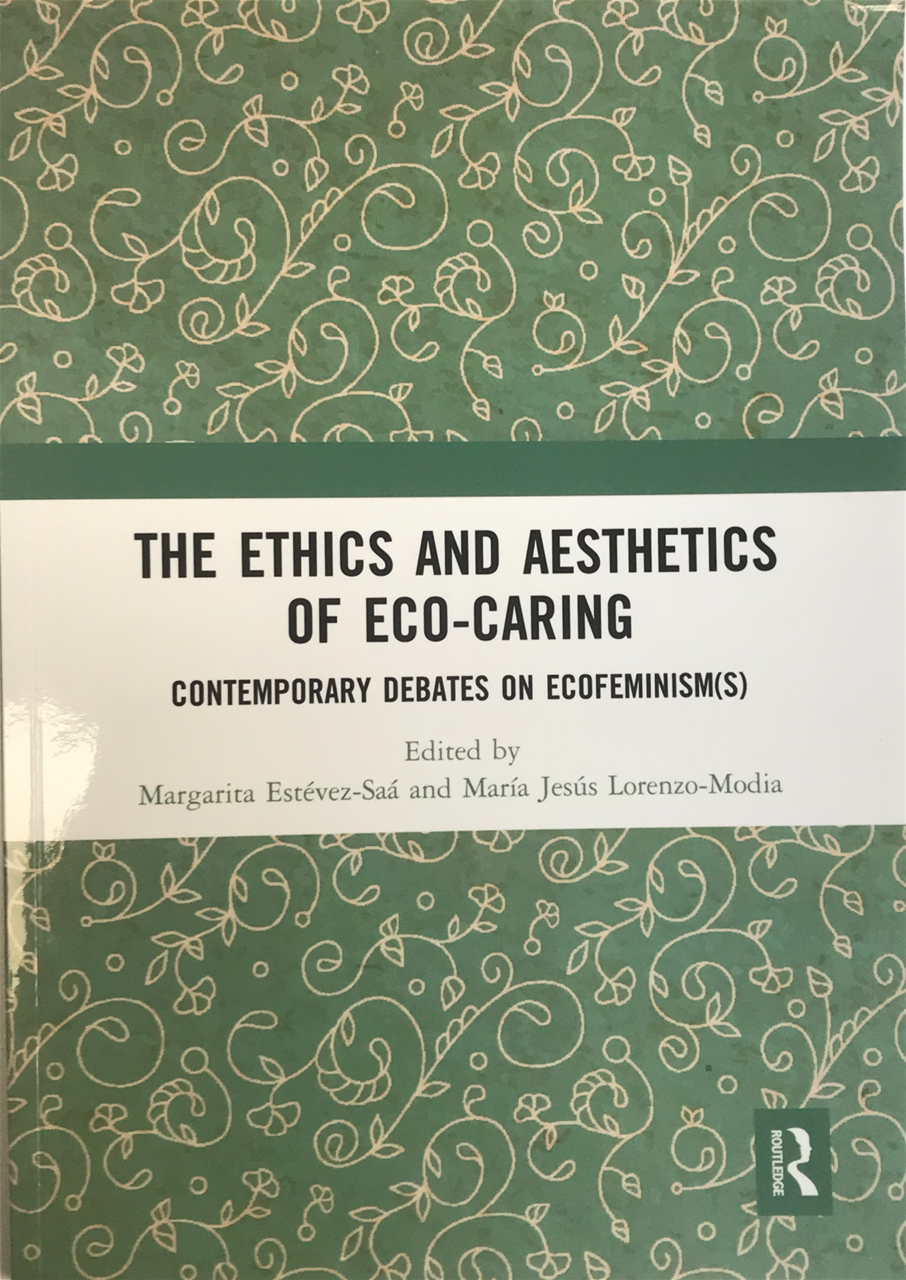 Together with Irish Aid, Grace Wells created the Development Education book 'One World, Our World', free to schools via the Department of Foreign Affairs, and can be ordered from Irish Aid, Here.

As well as stories and case studies, 'One World, Our World' includes maps, fact files, general country information and a ‘what we do’ feature about Irish Aid’s work – the Government of Ireland’s official agency for international development. 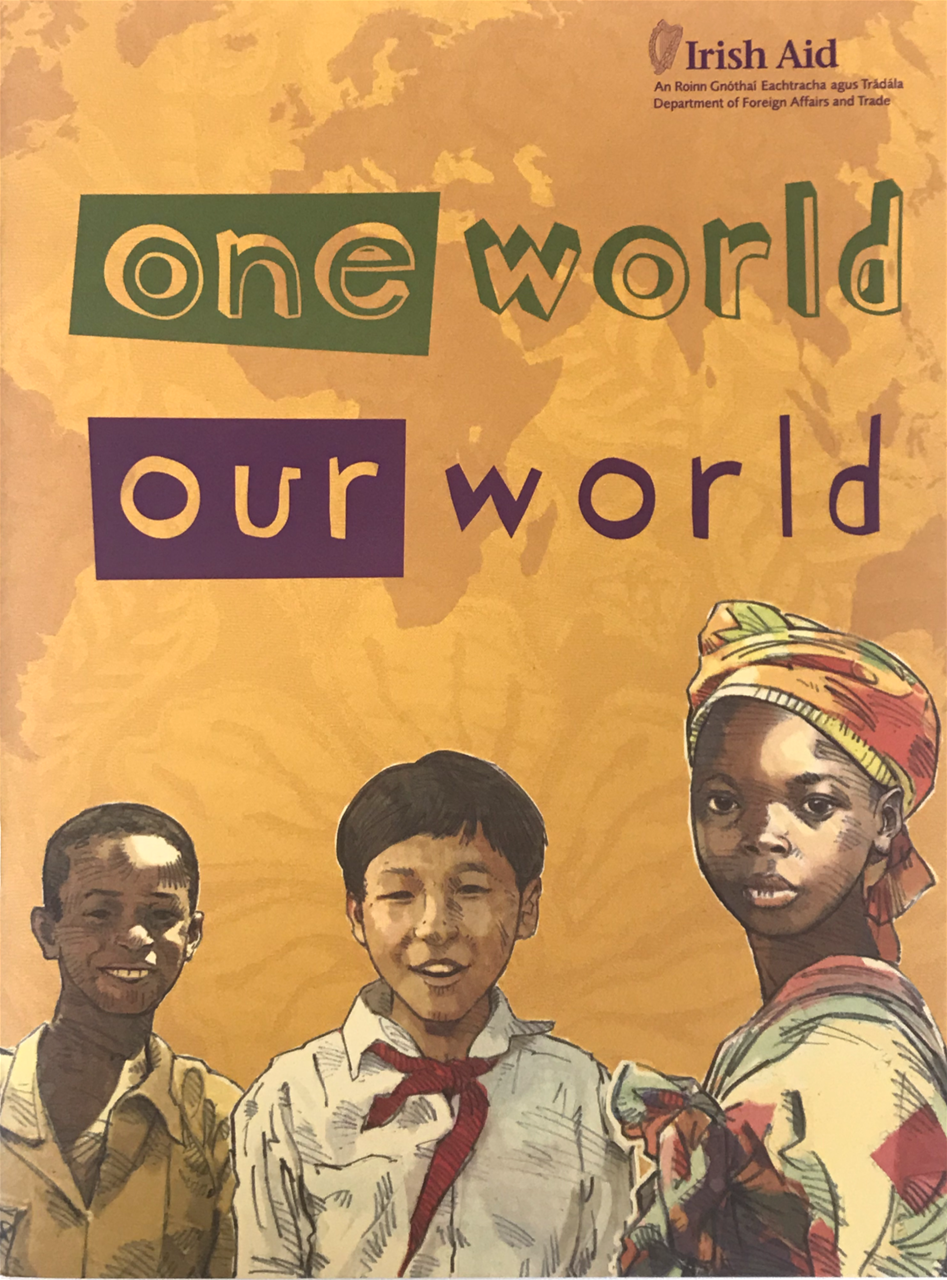 Set on the beautiful island of Naxos, 'Ice Dreams' is a magical story of hope and ice-cream. It was published by the O'Brien Press in 2005, and became a lending-library hit of the year.

A book about community and restoration of place, poet John Ennis launched 'Ice Dreams' by kindly describing it as "the most political novel since Animal Farm". 'Ice Dreams' has also been reviewed as "Gentle and easy to read with a timeless, feel-good quality".

You can purchase 'Ice Dreams' from the O'Brien Press by pressing Here. 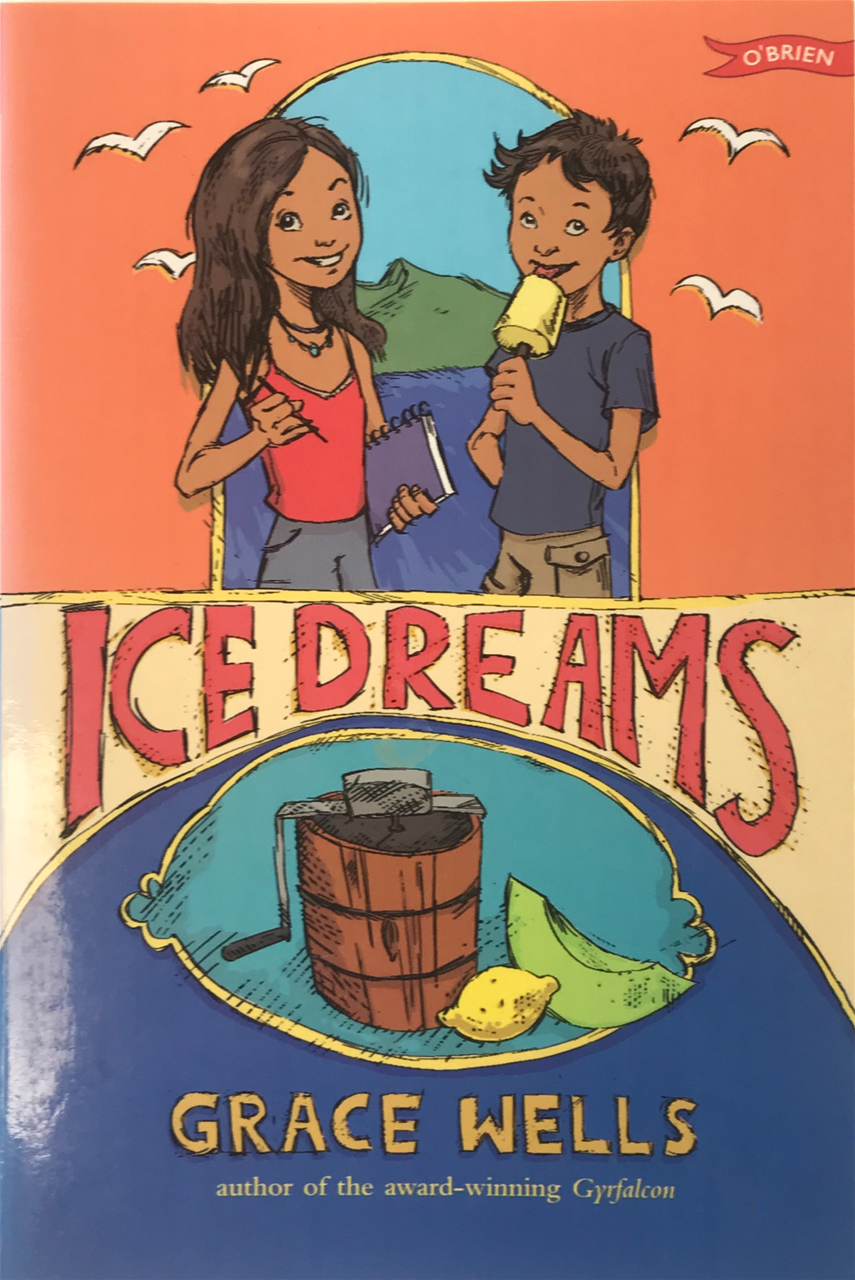 Grace Wells wrote her first book 'Gyrfalcon' for her son, Sliabh. Set on the side of Sliabh na mBan, County Tipperary, the book is a fictional weave of myth and biography.

Published by The O'Brien Press, Dublin 2002, it won the Eilis Dillon Best Newcomer Award, and was an International White Ravens Choice.

Writing in the Irish Times, Robert Dunbar said: " the starting point for Gyr's story in Grace Wells's Gyrfalcon (The O'Brien Press, €6.95) lies in what he designates "the terrible pain of his father's absence". As he settles with his mother and sister in an atmospherically re-created rural Ireland, Gyr's release from his unhappiness comes via his encounters with Finn MacCumhail and - in sequences charged with lyricism - via his growing empathy with the bird after whom his mother has named him. In tracing the boy's journey to the full freedom of flight, Wells has given us a striking début novel." 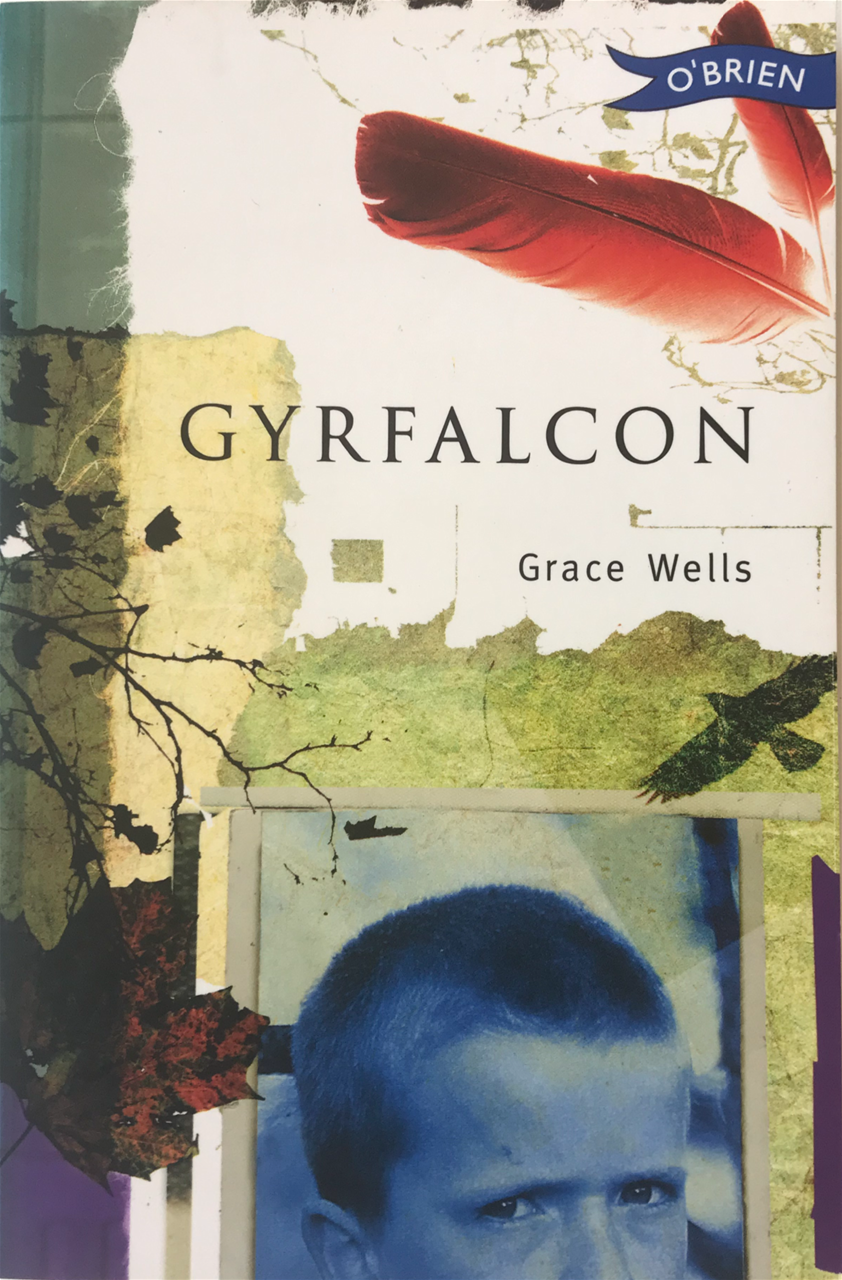 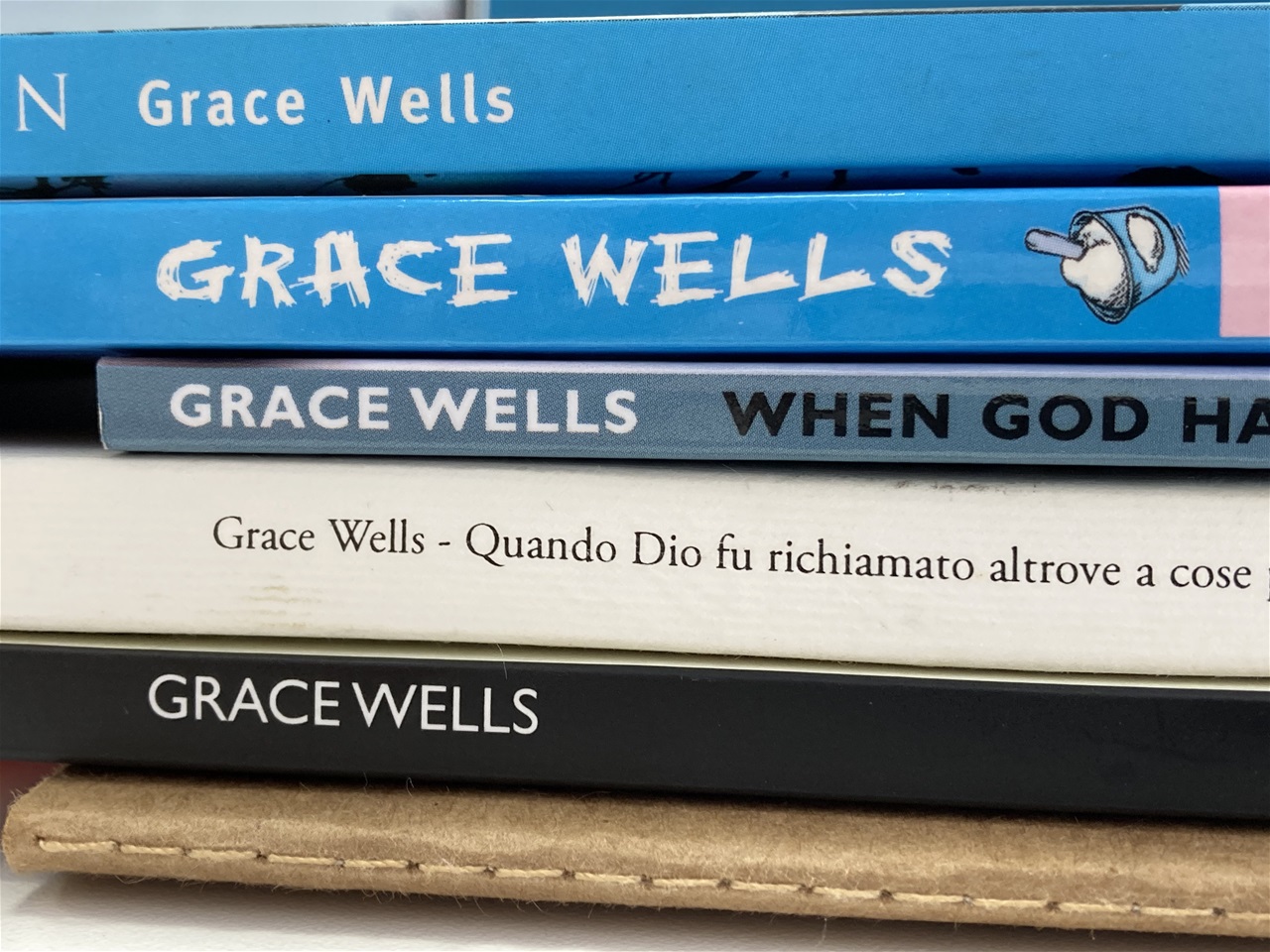